PlayStation Experience Invitational will be the first Activision sponsored tournament for the Call of Duty: Infinite Warfare season. The event will take place at the Anaheim Convention Center from December 3–4, 2016. 2017 CWL season structure, game updates, and key events will be discussed prior to the start of the invitational. 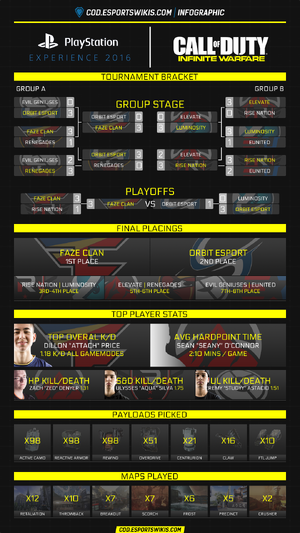 The full talent lineup for the event is as follows: